On the 27th of June 2019 a team of four from S&G Response took on Macmillan Cancer Support’s Longest Day Golf Challenge. The team aim to raise £2,000, which is the equivalent of providing a Macmillan nurse for almost 2 weeks or providing 66 gifts, helping provide a piece of joy to children with cancer who are going through treatment.

To begin Longest Day Golf Challenge the team were out of bed at 3am and ready to tee off at sunrise, hoping to complete the challenge by sunset. The challenge dictated that they complete 72 holes, or four full rounds of golf. They started the day in high spirits despite being tired. A delivery of fresh coffee and bacon baps from their colleagues definitely elevated team morale. The first round flew by as the team were the only people at Mottram Hall golf course at such an early hour.

The second round was the hardest of the day as fatigue began to set in, the heat was rising and the playing slowed as people started to arrive at the course to play golf leisurely. To keep focused the team played 2v2 and created mini challenges within each round to keep engaged, including match play, nearest to pin and longest drive. With clear skies all day the team were sun burnt before reaching round three. Breaks came in limited supply if the team were to complete the challenge by sundown. At 5:30pm they rested for a half hour for some much needed food, this was the only break they had at length during the whole day.

The fourth and final round started with blistered hands and half the team limping. Luckily they had the support of visiting colleagues for the entirety of the final round. Support couldn’t have come at a better time – by this point in the day Macmillan golfers couldn’t even bend down to put their ball on the tee. While they were counting down the last of the holes, worry began to set in about losing the light. With the sun on the horizon, play slowed as the light was directly in their eye line, resulting in arduous attempts at finding the ball after each hit. As they reached the 18th hole for the last time, a crowd of onlookers were stood on the balcony clapping as word has spread about the challenge.

Overall the day was a great success, with the team completing the challenge by 10pm while the sun was setting. After 18 hours of playing golf and around 40km of walking the team were exhausted but elated to know they had done their bit for a fantastic cause, with Macmillan thanking them for their support.

The total amount raised so far is £1,350. Donations are still coming in, and the Macmillan team page is still open if you, too, would like to support the cause. httpss://longestdaygolf.macmillan.org.uk/Team/sgresponse1

‘There was definitely a buzz in the air when we completed Macmillan’s Longest Day Golf Challenge, though we were without a doubt exhausted – we slept very well that evening. The challenge was a great opportunity for us to raise awareness and much needed funds for a cause close to our hearts whilst bonding with colleagues. We are thrilled with the amount raised and we know Macmillan will put every penny raised towards improving the lives of those in need.’ Daniel Chesney, Commercial Director at S&G Response. 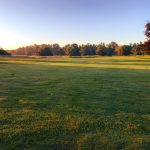 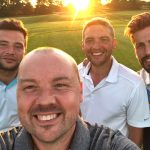 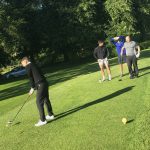 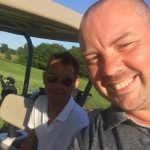 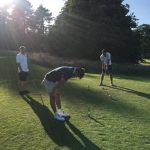 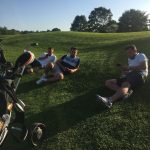 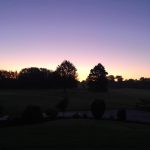